The interactions of ARC 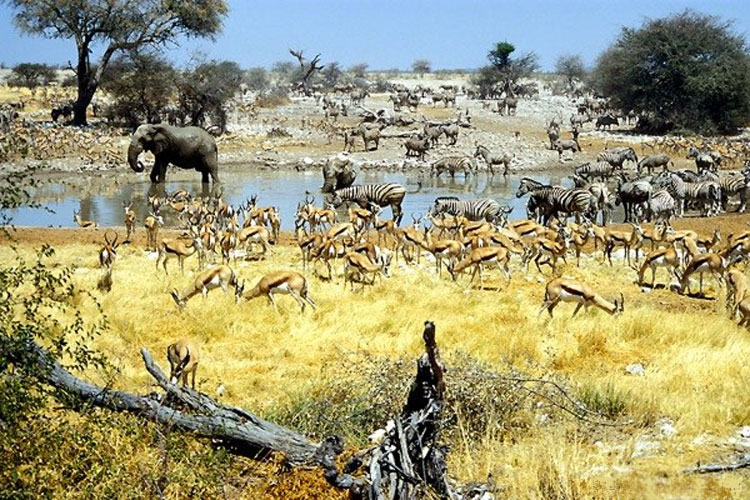 I will conclude the academic reading circle series of posts by looking at the in-class dynamics, my interaction with student groups and midway checks. As my semester is entering its last week before exams, we concluded our ARC with the second week on the History course topic: feminism.  Last week, we focused on Soviet propaganda.  This week, it’s SlutWalks and the future of feminism.The timeline and process remained the same as previous weeks in order to ensure a level of predictability with students since one main purpose this semester was practice tasks rather than graded tasks.  One aspect to pay attention to is the groupings themselves.

Initially I had students group with those around them, but often with whom they sit are either like-minded or similarly proficient, so it was never an intention for this to be the mode of grouping. Instead, in each eventual group were students who hadn’t interacted in previous weeks and a pair of students with high oral fluency in order to build rapport with new classmates, enable outgoing students to stimulate discussion and encourage weaker students to take responsibility for their role in the group’s success, all which occurred to varying degrees of success.  (Incidentally, I attended a session this week at a local symposium that brought up a lot of useful considerations on group work, but more on that later.)

At first, students began by sitting in their usual seats, where I had to tell them to get up and move to different sections of the room with their ARC groups.  A few weeks later, they voluntarily sat directly where their discussion would occur.  As seen in this week’s video, students moved their chairs from the outside of the U-shaped configuration so that they faced each other during discussion.  Obvious? Maybe. Done without prompting? Not likely. Additionally, keeping groups at least two seats away from other groups allowed those talking not to feel as though other groups could hear well enough to comment.

For the majority the discussion, my role was that of observer. I moved around the class (sometimes with my iPhone videotaping, obviously) predominantly listening for evidence of preparation, meaningful interaction between group members, and language gaps. Removing myself from any sort of oral guidance allowed for an organic evolution of negotiation textual understanding and sharing opinions. I usually waited for 20 minutes before adding the role guidance questions.

After roughly 90 minutes, I usually highlighted certain questions from the board to go over as a class to evaluate how deep the understanding had been throughout the discussion. Additionally, I wanted everyone to recognise how their preparation could go further than simply the role questions on the initial handout given 4 weeks earlier.  An example of this was regarding the Visualiser role, where students typically bring in loosely related photos and videos. For SlutWalks, I drew out this graphic as reminder that the point is to help others understand the text, not just add a visual aspect to it. 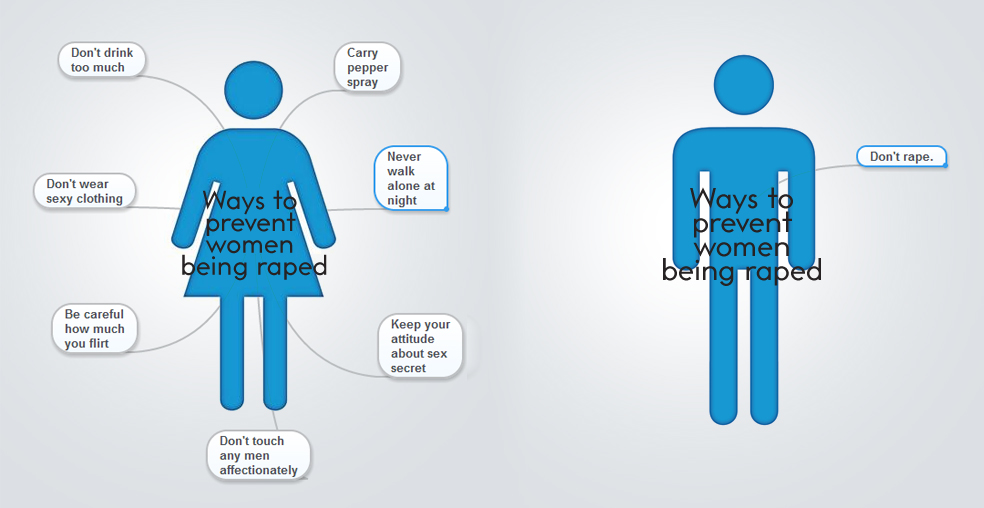 Normally each week ends with an emailed reflection based on 5 questions meant to draw students’ attention to that week’s ARC.  Because this was the last week of this semester and the end of the ungraded ARCs, I felt it necessary to have students reflect on the entire process, realise they are accountable for the work they do (or neglect to do) and suggest how they feel groupings should be altered for next semester’s graded ARCs. As a result, I introduced the following peer review questions:

Generally, students overscored each other by likely 2 or 3 marks each compared to what I’d have done.  Likely this was due to the worry that it would come back to haunt them in some form (which it doesn’t and won’t in any formal way), but it really doesn’t matter because numbers are just relative to what everyone put.  What was interesting were the disparities between how some students graded themselves and how they were graded by the members in their group. There’s clearly some delusion or misunderstanding. I wanted this peer evaluation in order to help me identify weaker group members, either in terms of comprehension or effort, from the bottom up.  Of course though, the part that demonstrated the most learning were the answers to #2.  Although some continued to waste the reflection opportunity, students predominantly combined a looked back at their study habit patterns and the feedback I’d given to identify points of pride, recognition of weaknesses and goals for the future, like these:

“Initially, before starting to do the reading circles, I didn’t know that I could keep talking in English for such a long time. Also, I have learnt how to express my opinion clearly from the discussion. Furthermore, because we needed to write the reflection, I started to learn how to manage my time.” (female, Mandarin speaker)

“Sometimes, I had time to prepare my role well, but I knew other members wouldn’t put that much effort into it, so I just did some “so-so” work as well. I know it’s a silly choice but in my opinion, for group work, members having equal passion on their work are very important.” (female, Mandarin speaker)

“To be honest, I never have doubt about what I read before the reading circles because I did not care whether it is true or not; I even did not research and analysis it as I do not think they could help me in my rest of life. But after reading circles, I realized that every single thing has its own reason which it exists and maybe it is meaningful for you. Based on this, I will never give evaluations by watching thing from the outside, I should also think about the consequence and what it teaches me.” (female, Mandarin speaker)

This semester has been an eye-opening experience through the modification of literature circles to academic reading circles.  I’ve seen group formation and bonding, movement from information regurgitation to critical thought, and engaging discussion on difficult topics.  The push from superficial reading for comprehension to contextual curiousity and desire to make connections to a variety of outside sources.

I’m currently using ARC as the subject of my MA assignment, so I’ve been doing a fair amount of research with regards to teaching reading skills through literature and studies and hope to plan my findings into action next semester.  One thing that will definitely change is the connecting the roles more clearly with writing skills and integrating the results in writing assignments.  One more thing: the addition of grades.  I’m looking forward to see how these dimensions change ARC for my students.

This is great follow up for those of us using the Academic reading circles. I really liked the comments on the visualizer as mine are just beginning to understand that the visualizer is to aid understanding. I haven’t added a full reflection part yet but I am about to with them as they will have had a few roles and several attempts at it. I have also started mixing them up as they stay in the same groups leading to a certain group culture formation that can sometimes lock the learner into being a certain kind of member. They are definitely becoming more perceptive and picking up on the text. Thank you so much for this great activity.

Glad to hear it.

I see your point about changing up the student groupings, but I like to keep them in the same groups until everyone has rotated through the roles once at least because a lot of groups just start to work out how they gel together in terms of learning and study styles.

I also encourage you to get into reflection early on as they too need a few weeks to work out what that actually means.

Way to go Mr. Seburn! I have been struggling trying to put together interesting ELT materials and have come up against those infamous editorial vegetables: parsnips. Have you heard of them? Thats P for pornography and politics. A for alcohol, anarchism, abuse and AIDS. R for religion, racism, rape and repression. S for sex, sexism and stereotypes. Etc, etc. All taboo subjects. You kick the rotting vegetable into the pedagogic compost heap. Bravo!

I have never heard of parsnips before (out of context, that sounds even more uneducated). Luckily, I’m not restricted by the PC limitations of a language school or gov’t sponsored program. In university (or life), you’re supposed to be faced with topics like these and learn how to discuss them.

[…] posts ARC in practicum, a concrete example of how this activity worked in reality. The interactions of ARC, which details interactions with instructor and each other. The highlighter role, details of how […]

[…] in practicum, a concrete example of how this activity worked in reality. The interactions of ARC, which details interactions with instructor and each other. The highlighter role, details of how […]

[…] You can get a sense of the initial adaptations from early posts on my blog (e.g. Intro to ARC, the Interactions of ARC, practical example of ARC). Since then, ARC has evolved to better meet the needs of undergraduate […]

[…] The first appearance of ARC ever🙋🏽‍♀️ The interactions in ARC🙋 ARC in practicum🤚🏿ARC: Context is everything✋🏻 The […]

This website uses cookies to improve your experience while you navigate through the website. Out of these, the cookies that are categorized as necessary are stored on your browser as they are essential for the working of basic functionalities of the website. We also use third-party cookies that help us analyze and understand how you use this website. These cookies will be stored in your browser only with your consent. You also have the option to opt-out of these cookies. But opting out of some of these cookies may affect your browsing experience.
Necessary Always Enabled
Necessary cookies are absolutely essential for the website to function properly. This category only includes cookies that ensures basic functionalities and security features of the website. These cookies do not store any personal information.
Non-necessary
Any cookies that may not be particularly necessary for the website to function and is used specifically to collect user personal data via analytics, ads, other embedded contents are termed as non-necessary cookies. It is mandatory to procure user consent prior to running these cookies on your website.
SAVE & ACCEPT
wpDiscuz
8
0
Would love your thoughts, please comment.x
()
x
| Reply
Loading Comments...
%d bloggers like this: