When the wheels fall off

Dave Dodgson video-blogged earlier this month about a side of language teaching that rarely gets honestly owned let alone blogged about–lessons gone awry.  When he casually declares that  “it’s time to acknowledge the things that don’t work and the times when everything went wrong,” I doubt he suspected that it would become my new maxim–no, not a maxim prompting me to regularly air my dirty lesson laundry out for everyone (there’s not that much of it anyway–he says with a sheepish grin), 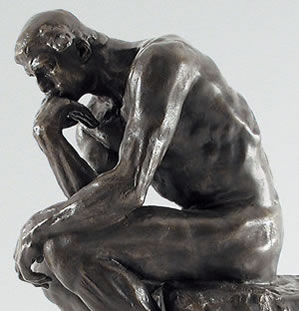 but rather a reflection on why it didn’t work when I thought it would and subsequent lessons learnt.  Having said that, here’s some dirty lesson laundry for you stare at with disgust, take down in rage and wash incessantly.

In my EAP writing classes, I always have one or two days near the end of a term where I want to throw in some last-minute stylistic points with regards to academic writing and hence I’ve put together a lesson called the The Curious Rules of Writers Part 1, mostly because they’re odd-end, one-off rules that in most cases don’t deserve or expand well into an entire class alone.  I planned it as a somewhat rapid-fire look at several guidelines.  The handout includes the first page, which has simplified rules,  with which students work in pairs.  The second page, which includes the various rules, is cut up, distributed one to each group and passed around when completed.  The idea was that when Pair A got #5, for example, they’d think about it, find its simpler meaning on their handout, write what’s on the cut-up paper into “Example” and then correct it in “Correction”.  When completed, pass it onto the next pair and wait for a new one to land on their desks.  Several problems ensued:

1.  There inevitably would be a traffic jam in the middle of the class.
a)  Some pairs were much slower than others and therefore a bunch of rules would form a pile at their desks without any getting through to the next pair.
b) Some rules are more complex than others and pairs would get stuck on them for much longer, leaving their successive grouping without any rules.

2.  Some rules contained items difficult to identify.
Take #3 – Avoid clichés like the plague. (They’re old hat.), for example.  Students may understand what is meant but have no idea what is considered clichés .  This is actually quite difficult to both explain and think of more examples yourself.

3.  Student handouts became mazes of examples and corrections written everywhere.
Clearly I didn’t give a lot of thought to the amount of space needed to write two sentences for every guideline.  As a result, much of the meaningful content became jumbled scribblings, which undoubtedly wasn’t rewritten or typed up after class.

4. This takes up a lot longer than one expects.
You’d think that if students spent 3 minutes on each and passed it on, the activity would take up the better part of an hour with some time left over during a 90-minute class for taking it up together.  Wrong!

If you can believe it, I did this lesson identically twice with the same problems arising both times before rethinking its implementation.  Thankfully, retrospection, reflection and collaboration with colleagues brought about changes that ultimately addressed these challenges and the third time was the charm.  I’ll let you R, R & C this initial activity and see what you come up with as solutions before telling you what I changed.

Thanks for taking up the challenge! It’s quite frustrating when you hit on what seems like a great idea or a fun/engaging way to approach a task only for it to go over your students’ heads, isn’t it?

Great though that you indentified the problems and addressed them (nice touch asking us to speculate how you did that as well ;)). Nothing worse than a teacher who says “I just don’t get what went wrong. It’s the students, not me…”

My solution would be to remove the circulation aspect of the cut up rules. Maybe you could have 2 or 3 copies of each rule on the teachers’ desk and have the students come and choose which one they want to tackle next. Obviously, the worksheet needed a bit of redesign to accomodate the example writing. Did you cut down on the number of rules/examples? That way you address the space problem and reduce the time also.

Looking forward to hearing how you re-worked it. 🙂

I’m happy to participate and had planned to since I mentioned on your blog that there’d be a lot to choose from. And you like that I asked readers to speculate? I too thought that was a nice dialogue-inspiring touch! Makes you wonder if I did in fact fix it or am fishing for help. Truly it’s the former although the latter can always make it even better.

I didn’t implement your suggestions specifically, though they are just as good. I’ll let you know later. 🙂

This website uses cookies to improve your experience while you navigate through the website. Out of these, the cookies that are categorized as necessary are stored on your browser as they are essential for the working of basic functionalities of the website. We also use third-party cookies that help us analyze and understand how you use this website. These cookies will be stored in your browser only with your consent. You also have the option to opt-out of these cookies. But opting out of some of these cookies may affect your browsing experience.
Necessary Always Enabled
Necessary cookies are absolutely essential for the website to function properly. This category only includes cookies that ensures basic functionalities and security features of the website. These cookies do not store any personal information.
Non-necessary
Any cookies that may not be particularly necessary for the website to function and is used specifically to collect user personal data via analytics, ads, other embedded contents are termed as non-necessary cookies. It is mandatory to procure user consent prior to running these cookies on your website.
SAVE & ACCEPT
wpDiscuz
2
0
Would love your thoughts, please comment.x
()
x
| Reply
%d bloggers like this: