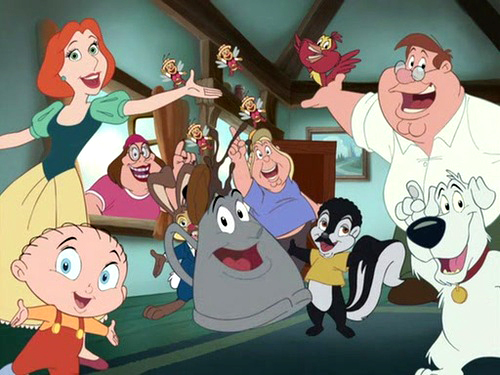 When dealing with academic texts, you must be very adept at reading. Soon returning to my MA studies, I can honestly say I’m not looking forward to jumping deeply into the majority of academic texts I face reading, with their overly complicated language and references to researchers I barely know of (if at all) and theories I know but not by name. Learners at the EAP level also face this dread, but even with texts from more commonplace contexts. Luckily they have lectures to also attend and videos to watch.

It’s this visual aspect that breaks up the monotony text, text, text, which is important for many to help understand the ideas behind the words. We all do it. We connect words with visual representations of them. We relate ideas in text with ideas we’ve seen on TV or in movies. We match words with photos, like on movie posters, in product advertising and captioned images in articles. Our learners need to practice using this visual aspect of their brains. This is where the Visualiser role of ARC comes in.

Consider the following excerpt from The Atlantic (http://bit.ly/OzVXSn):

One of China’s last intact walled cities is undergoing something of an identity crisis. Pingyao, in China’s Shanxi province, has endured for 2,700 years, escaping the destruction of the Cultural Revolution because the city was too poor and too remote to be trashed by the Red Guards.

But the city that escaped the purge under Mao’s regime struggles today against two different and disturbing futures. The first: Pingyao’s aging infrastructure could crumble into the dust of the coal-mining region, beset by pollution, rain, hoards of tourists, and a population trying to carve out living space inside 2.4 square kilometers.

The second scenario is in some ways even more distressing: Pingyao could evolve into a perfect and tidy Disney version of itself, jammed full of souvenir shops selling mass-produced junk next to bars and restaurants, not that much different from the Temple of Heaven pavilion at Epcot. In fact, Pingyao is being compared to Lijiang, a city in Yunnan province that conservation purists say is overly restored, a fake version of an ancient city, a Potemkin village rather than real.

What visuals came to your mind as you were reading it?  Possibly photos of an Asian walled city you’ve seen somewhere like this one? Possibly 1960s Chinese propoganda like this? Maybe even so far as fake versions of ancient things, like this?

All these images or ones like them come to mind to help us build connections to things we already know, which helps us understand contexts in texts we are unfamiliar with. Our learners need guidance in this area because although they may be able to do it in their own language, both the language used, the cultural references expected, and their lack of experience in English makes it harder for them to do.

Below is one way I introduce the role of Visualiser in ARC to students before they try it on their own.

The role has the following duties:
Organise information from the reading graphically to help others understand it in a different way. This can be taken from other sources (if cited) or created originally. You should include at least 2 different types of the following:

* a photo that truly represent the feeling or aspect of the text
* a satirical cartoon (i.e. political cartoon)
* a timeline of relevant events
* a chart of information (e.g. pie chart, bar graph, line graph, etc.)

From the text excerpt above, I’ve chosen the reference to Disney, in other words, Disneyfication, as the concept to represent visually for increased comprehension. As one of the fears about Pingyao’s future, it’s important for learners to really understand it. Through exposure to these comparisons, I ask learners to brainstorm characteristics of being Disneyfied. 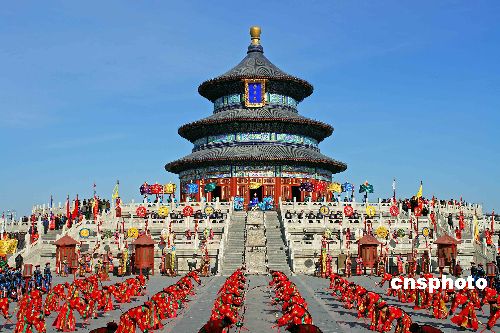 Learners will most likely come up with some key characteristics (e.g. people are cuter, situations are cleaner and more wholesome, etc.).  I’d refer to the Urban Dictionary’s definitions:  A term used for something that has been sanitized in order to project the sanctity of family values.

Finally, we apply the characteristics to Pingyao. Learners discuss what it would mean for, in its restoration, Pingyao to be Disneyfied, and the pros and cons of such a transformation.

This, and the other roles of ARC, I’ll be talking about at TESL Canada 2012 Conference in October, and TESOL France Colloquium in November.

So to try out the role yourself, here’s my challenge to you (in the comments or on your own blog):

Find a text that you would give higher level students to read. Choose a concept mentioned in the text that could benefit from a visual representation. Find or create a photo, video, satirical cartoon or chart of some sort that exemplifies that concept visually for increased comprehension!

UPDATE Nov 9, 2017: I’ve written a chapter on this role for the ELT Council publication, The Image in English Language Teaching (ed. Kieran Donaghy and Daniel Xerri), entitled “Learner-sourced visuals for deeper text engagement and conceptual comprehension”. You can find more info about it here.

As you well know, visuals are very close to my heart.
Not sure I follow the process though. I should introduce the visuals as a lead-in to the text? And then, for another text, have the students supply the visuals? What happens with those students with very limited world knowledge?
Very interested in this!
Naomi

This is an introduction to the role of Visualiser that I will give to students on our first go at ARC together. I’m trying to show them how to find visual representations (photos, satirical cartoons, video, charts, graphs, timelines, etc.) of concepts in heavy texts. After this week, students in this role will find the visuals themselves for texts that I assign. The aim is for them to think about what will help other students understand the text better so when they do their in-class discussion, the visuals will help comprehension. If you want to know more about the ARC process once students have been introduced to the roles, click here (http://fourc.ca/arc).

All students have little world knowledge at first. So yes, their chosen visuals tend to be obvious and simplistic at first, but that’s why instructor feedback is essential. By the time they get to do the role again (since there are 6 roles, they tend to get to do each role twice in a semester), they’ve learnt from all the feedback given to them and their groupmates.

Thanks for clarifying things Tyson. I really relate to your approach of breaking down skills.
What is still bothering me though is the level of understanding of the text needed in order to find the right visuals. Sort of like the egg / hen connundrum. Obviously working on choosing the visuals wil expand the students’ understanding of the text but how much basic understanding is needed to get to that point? I guess I’m thinking of very weak students.
Like the students, it wil be clearer when I try it!
Thanks again!
Naomi

Yes, this text is not representative of what you’d give lower level students. This is at least Intermediate+ for EAP contexts. Choosing good visuals is a scaffolded exercise, really. No one initially gets good ones and that’s because they are not aware of all the types of visuals available to them or what would be the best sort to use, at first. Through continuous feedback and examples from you though, they’ll get the hang of it.

I got so excited when I found a text in ‘Inside Reading 4’ with the words Roadrunner and Coyote in it that I just had to write a blog post on using cartoons to exemplify concepts:

Then of course, there are the times when you can find the perfect visual, so you end up creating it yourself. Here’s what you can do if you are persistent enough:

This presentation started off with the great infographic tool at http://www.easel.ly/

[…] of how this lexically-focussed role works Context is important, a preview the Contextualiser role Using visuals to represent concepts in texts, introducing the Visualiser role to students Tagged with: ARC • critical reading […]

[…] of how this lexically-focussed role works Context is important, a preview the Contextualiser role Using visuals to represent concepts in texts, introducing the Visualiser role to students ARC workshop slides, from #toscon12, #tc12 & […]

This website uses cookies to improve your experience while you navigate through the website. Out of these, the cookies that are categorized as necessary are stored on your browser as they are essential for the working of basic functionalities of the website. We also use third-party cookies that help us analyze and understand how you use this website. These cookies will be stored in your browser only with your consent. You also have the option to opt-out of these cookies. But opting out of some of these cookies may affect your browsing experience.
Necessary Always Enabled
Necessary cookies are absolutely essential for the website to function properly. This category only includes cookies that ensures basic functionalities and security features of the website. These cookies do not store any personal information.
Non-necessary
Any cookies that may not be particularly necessary for the website to function and is used specifically to collect user personal data via analytics, ads, other embedded contents are termed as non-necessary cookies. It is mandatory to procure user consent prior to running these cookies on your website.
SAVE & ACCEPT
wpDiscuz
10
0
Would love your thoughts, please comment.x
()
x
| Reply
Loading Comments...
%d bloggers like this: