Quick facts about me (response to @cgoodey)

I’m sitting on my sofa surrounded by a hoarder’s dream of clutter while two rooms in my place are being stripped clean of the disgusting builder’s carpets and replaced by new flooring. I’ve taken a holiday from the university to “supervise” work being done, but as I’m useless to concentrate on more pressing work or MA-related tasks, I find myself with the rare opportunity to participate in a chain blog questionnaire, the previous link by Carol Goodey. A fun snapshot into who we are beyond the blog, the idea goes as follows:

Random facts about me 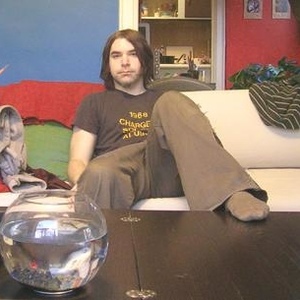 Haha, just added a photo from when I was about 30, the last time I grew out my hair. Not saying I’m going to do it again, but just a pattern I’d noticed about myself… 😉

[…] Tyson Seburn Quick facts about me (response to @cgoodey) […]

Thanks for taking time out of your renovation supervision to share these facts about you, Tyson. I’m glad you didn’t keep to 11 🙂 I wouldn’t have wanted to not read two of these facts. Looking forward to part 2!

It’s a beautiful life! (in response to Tyson’s challenge) | Be The DOS

[…] and nominate others to do the same (why 11, no-one seems to know). Tyson’s response is here, he was prompted to do this by Carol Goodey’s post here and she was in turn tagged to do the […]

Looking forward to the next bit too 🙂

I do like to infuse my posts with visuals for those who don’t bother to actually read. 😉

Love the trampoline pic! Thanks for still answering more questions with my post. I always enjoy learning more about you. I consider you a real friend. Was so happy to meet you in person.

I feel the same way, Shell. Wish we lived nearer. I’ll get to your questions later today. Oh, and that trampoline pic is actually a video. Click through!

This website uses cookies to improve your experience while you navigate through the website. Out of these, the cookies that are categorized as necessary are stored on your browser as they are essential for the working of basic functionalities of the website. We also use third-party cookies that help us analyze and understand how you use this website. These cookies will be stored in your browser only with your consent. You also have the option to opt-out of these cookies. But opting out of some of these cookies may affect your browsing experience.
Necessary Always Enabled
Necessary cookies are absolutely essential for the website to function properly. This category only includes cookies that ensures basic functionalities and security features of the website. These cookies do not store any personal information.
Non-necessary
Any cookies that may not be particularly necessary for the website to function and is used specifically to collect user personal data via analytics, ads, other embedded contents are termed as non-necessary cookies. It is mandatory to procure user consent prior to running these cookies on your website.
SAVE & ACCEPT
wpDiscuz
9
0
Would love your thoughts, please comment.x
()
x
| Reply
Loading Comments...
%d bloggers like this: