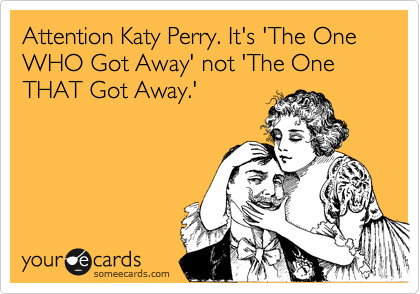 English is crazy? Grammar police? I look at both concepts with a similar disbelief. If you do too, this post may not be for you. You’re the choir, so to speak, but feel free to read along with a collective nod. That kind of agreement comes up again a little later in this post.

In one part of my life, I get emails or Facebook shares with funny language tidbits which, to anyone but teachers, indeed make English look stupid. See this famous vocabulary poem and this pronunciation poem as examples. Harmless, but not as funny as they might think.

Elsewhere, near these poetic forays into our language landscape comes a seedier claim: there is one correct unchanging version of our language. You don’t see that claim so clearly stated out loud, but it’s evident when the self-proclaimed language police quickly (selectively) point out broken rules. Doing so suggests a belief that shifts in usage occur at a distance, not within our lifetimes, as though everything that conflicts with ‘hard and fast’ language rules are temporary, bastardized, or both.

The truth of the matter is that somewhere above a basic foundational use distinguishing English from gibberish (though check out old English or middle English sometime), the rest of our neat rules are up for grabs. Change may be gradual (e.g. colonial power struggles, loan words) or quite abrupt (e.g.social media crossovers). Marek Kiczkowiak points out that had early definitions persisted, some common expressions would involve entirely different meanings now. I’ll be bizarre in the face of language purists by suggesting that correctness should be dependant on the agreement of a majority who use it in a particular context, not a stubborn minority who teach it or cherish a childhood rule. To borrow a phrase coined by Stephen Colbert (though mockingly), there is a wikiality to our language in these times of connectedness.

Yes, there are examples of carelessness that irk me too: would of instead of would have; your instead of you’re; and others like them. Rationally considered, however, a few start to persuade me of their value. For example, I’ve noticed a marked increase in the deletion of apostrophes in social media texts. Initially I cringed, but youre is the product of efficiency. Would it be so terrible if those pesky apostrophes simply became part of the past? Then the idiocy of the it’s/its rule would disappear too. That cant be bad… Then there’s that reductive because + noun. If it can be named word of the year, who am I to resist?

I’m not arguing we throw complete caution to the wind and abandon everything that helps learners be able to communicate, but as language teachers, our challenge comes in accepting that what we think we know is actually not so absolute. We must face the available evidence (check out Google’s nGram Viewer, various corpora, or just the world around us really) and recognise our expertise involves flexibility. Otherwise, we become irrelevant records of the past.

PS – Having said all this, I still want to maintain linguistic differences between Canada and the States. Read more here.

PPS – For your interest, if you haven’t seen this dandy 10-minute animation, check it out. It’s not comprehensive, but gives a useful glimpse.

PPPS – Believe it or not, Anna Loseva, this is a terribly failed attempt at #paragraphblogging. I’ll try again next time.

FIne, for the most part, I agree. However, until the exam boards catch up, we need to teach what they consider acceptable, to our classes.

Maybe we need to stop allowing the standardised exams to rule? Or at least add the purpose of the exam classes to students as transparently as possible i.e. they are a means to an end, not absolutely true. Of course, they probably already know that.

Love this perspective! For similar ideas, check out Makoni & Pennycook on disinventing language: http://www.tandfonline.com/doi/abs/10.1207/s15427595cils0203_1#preview and Blommaert on language and ‘superdiversity’:
https://www.academia.edu/1411177/Language_and_superdiversity_part_1_Diversities_13_2_

Cheers. Thanks for the references. I’ll check them out.

Hi Tyson! This post dovetails perfectly with a conversion I’ve been having with my online ENG4U course. I’m going to link to to it if that’s okay with you. And thanks for sharing that video. I loved it!

Hi Danika! Absolutely share as you want. 🙂 I’m glad to hear it may be relevant for you and your students.

‘Language evolves’ is my favourite argument when I inevitably get into an American v. British English discussion with a colleague from the US (it has happened with most of the American teachers I have worked with). They argue that American English is better because it is ‘closer’ to the English spoken by migrants centuries ago. I retort that that shows a lack of evolution rather than evidence of superiority.

Even during my short teaching career, I have noticed ‘internet’ become decapitalised and ‘online’ become unhyphenated. These things happen and loudly shouting about how it is ‘wrong’ doesn’t really help anyone.

I’m still with you on having pet peeves though – the use of “…,no?” as a generic question tag is one (“this is correct grammar, no?”) and I had a native-speaker colleague who used to drive me nuts with her constant use of ‘homeworks’ as a plural noun (even worse when others started to use it as well…) I am sure I will reconcile myself to these things in the future though, no? :p

This video still makes me chuckle though http://youtu.be/8Gv0H-vPoDc

Thanks for this, Dave. 🙂 I use that ….,no? bit often enough myself. The one I have never been able to get used to (let alone work into my vernacular) is …., right?.

Would be quite nice if we could use ‘no’ as a universal question tag, no? Would definitely make our students’ lives easier 🙂

Here’s another choir voice: Good post, Tyson! And I’m enjoying the discussion about it too.

Cheers, Joan. Thanks for commenting. 🙂

This website uses cookies to improve your experience while you navigate through the website. Out of these, the cookies that are categorized as necessary are stored on your browser as they are essential for the working of basic functionalities of the website. We also use third-party cookies that help us analyze and understand how you use this website. These cookies will be stored in your browser only with your consent. You also have the option to opt-out of these cookies. But opting out of some of these cookies may affect your browsing experience.
Necessary Always Enabled
Necessary cookies are absolutely essential for the website to function properly. This category only includes cookies that ensures basic functionalities and security features of the website. These cookies do not store any personal information.
Non-necessary
Any cookies that may not be particularly necessary for the website to function and is used specifically to collect user personal data via analytics, ads, other embedded contents are termed as non-necessary cookies. It is mandatory to procure user consent prior to running these cookies on your website.
SAVE & ACCEPT
wpDiscuz
18
0
Would love your thoughts, please comment.x
()
x
| Reply
%d bloggers like this: