Interrogation over. You win. 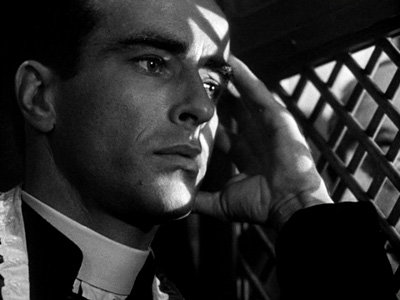 Less than 48 hours ago, I made five statements about myself, lying about two of them.  Then, through a brutal series of interrogations from members of my PLN, I am here to confess.

Statement 1: I love flying ever so much.

Despite that fact that during the interrogation, I truthfully remarked that I’d taken at least 35 flights during my life, from Canada to Korea to Thailand, Hong Kong, Japan, Australia and various places in Mexico and the States, the majority of interrogators believed this statement was a lie, largely because of how I said it during the initial interview.  You are all correct.  I am not a fan of plane travel.  I’d love to avoid it whenever possible.  It all stems from becoming easily queasy at the least bit of turbulence.  I’m petrified of turbulence.

Statement 2: For most of my life I’ve been devoted to competitive gymnastics.

I’m not exactly the picture of perfect health these days, but I spent hours and hours practising gymnastics as a kid and teen (that’s me pictured).  I absolutely love every aspect of gymnastics from its freedom and coordination to its beauty and strength.  I competed on vault and floor exercise in two university championships.  I’m sure I would have gone much further had the facilities been available to me when younger.  I went as far as consistently tumbling a double back tuck and a 1.5 twisting layout.  So, this is true.

Statement 3: During 1999 and 2000, I was an executive assistant in the Australian government.

My partner and I went to Sydney in April 1999, both on working holiday visas.  After a series of temp jobs, I had an interview in the Corporate Department of the Roads and Transport Authority.  The person I was assistant to was the Corporate Manager, which governed the Marketing, Advertising and Publicity departments.  I was fortunate enough to go to meetings to learn about new anti-drunk driving and speeding campaigns were being developed.  I even applied for full-time work as a Project Manager when my visa was running out.  I loved Sydney–another truth.

Statement 4: Each December, I host a cookie swap party.

Hooray for cookies! When I was living with my parents, a common event was the Xmas cookie swap where everyone baked 3 dozen cookies of one kind and brought them to our place where we sampled and divvied up all kinds evenly for everyone to take home–a perfect way to have variety for your family.  Two years ago, I started this tradition here and last year, had 20+ people with a huge variety of cookies for everyone.  Last year, I made thumbprint cookies, skor bars and peanut butter muesli cookies!  SOO good.  And true.

Statement 5: I used to have the attitude of a Luddite.

Aside from a very brief couple months in first year of university where I tried to avoid trying out the new e-mail system that had just been put in place, I’ve been a sucker for all technology since I was 5 years old with Pong.  Next came Atari–favourite game: Asteroids! Next up Commodore 64–favourite game: Jumpman! Next up PCs–favourite game: SimCity!  Oh wait, this isn’t really about confirming my addiciton to games.  In any case, I’ve never been a Luddite and in fact, fully laud learning about technology and using it to its fullest advantage when purposeful.

So there you go.  On her first guess, my good friend Cecilia Lemos had me cornered.  Well done!

I could send you them, but A) they’d have to make it past customs, and B) they might be stale by the time they reach Recife.

We can always try…

whoops – just saw this after commenting on the previous post. I was right 2nd guess, though! Course, I knew about the gymnastics & cookie swap, since you’re the only person in the world who’s ever succeeded in getting me to do a cartwheel (and I tell the story every time I need to make someone feel better about being uncoordinated or otherwise bad at gym), and you’ve invited me to both cookie swaps, but being in Toronto and me here 2 hours away, I cannae go. boohoo This was fun! Now, since my baby’s finally asleep, I’m going to hit the hay. Night!

Knowing me for 24 years is worth it in some way, Leslie! I don’t actually remember getting you to do a cartwheel, nor the havoc it caused! Retell it and maybe it’ll job my memory.

Mmm, a gymnast, eh? Got that one wrong! Well done y’all! Will tell mine next week!

Good for you! A man of many talents! More than you mentioned here, I’m sure!
Those cookies sound yummy – what a great holiday idea!

Ah, the good old C64. Bombjack was my favourite game. 🙂

Thanks for joining the challenge – it was great to get to know a few extra things about you that otherwise may have never come up.

I arrived late to this one, but I think I would have picked out your two lies. It’s amazing how much you can pick up about another through what they write on their blogs and in comments to your posts.

Any of these Atari titles ring a bell:

OK, I could go on for quite a while…

Yes, yes and yes! I loved all of them, though you’re old skool, Adam. Defender and Missile command were definitely first generation games (along with my favourite: Asteroids).

1 out of 2 then – not bad. Should have guessed that you’ve never had the attitude of a Luddite. Nice blog.

Absolutely. Luddite! /scoff/ I could never have said that with a straight face.

This website uses cookies to improve your experience while you navigate through the website. Out of these, the cookies that are categorized as necessary are stored on your browser as they are essential for the working of basic functionalities of the website. We also use third-party cookies that help us analyze and understand how you use this website. These cookies will be stored in your browser only with your consent. You also have the option to opt-out of these cookies. But opting out of some of these cookies may affect your browsing experience.
Necessary Always Enabled
Necessary cookies are absolutely essential for the website to function properly. This category only includes cookies that ensures basic functionalities and security features of the website. These cookies do not store any personal information.
Non-necessary
Any cookies that may not be particularly necessary for the website to function and is used specifically to collect user personal data via analytics, ads, other embedded contents are termed as non-necessary cookies. It is mandatory to procure user consent prior to running these cookies on your website.
SAVE & ACCEPT
wpDiscuz
14
0
Would love your thoughts, please comment.x
()
x
| Reply
Loading Comments...
%d bloggers like this: