Hashtags for writing practice (other skills too, likely)

On the Friday evening of IATEFL not long ago, I led a Pecha Kucha session on this stage with the enormous screen. Initially when the crowd was arriving, it was nerve-wracking, but once I got on stage, it was pretty invigorating, I must admit.

After all the media attention and fan letters died down, a thought occurred to me: these type of hashtags could be pretty useful (even fun?) with a little thought. I’d argue that it might be more inspiration than practical to actually use Twitter; perhaps pen/paper tweets or perhaps Google Docs might work more flexibly during class. Still, the nature of tweets being short is still key. 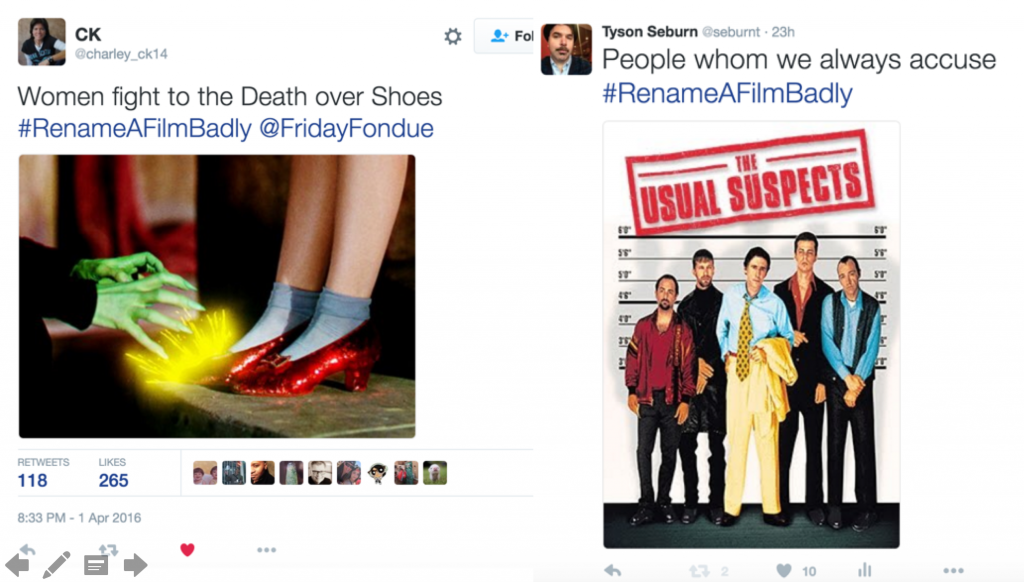 A couple ways this can be manipulated after either summarised plot point/paraphrases have been made:

Take #awkIATEFLtimes for more general use. Change it to #awkclasstimes. Perhaps it could be used in one of these ways:

Try out an original hashtag for your teaching point. For example, #concisebits.

Take the idea of hashtags themselves. 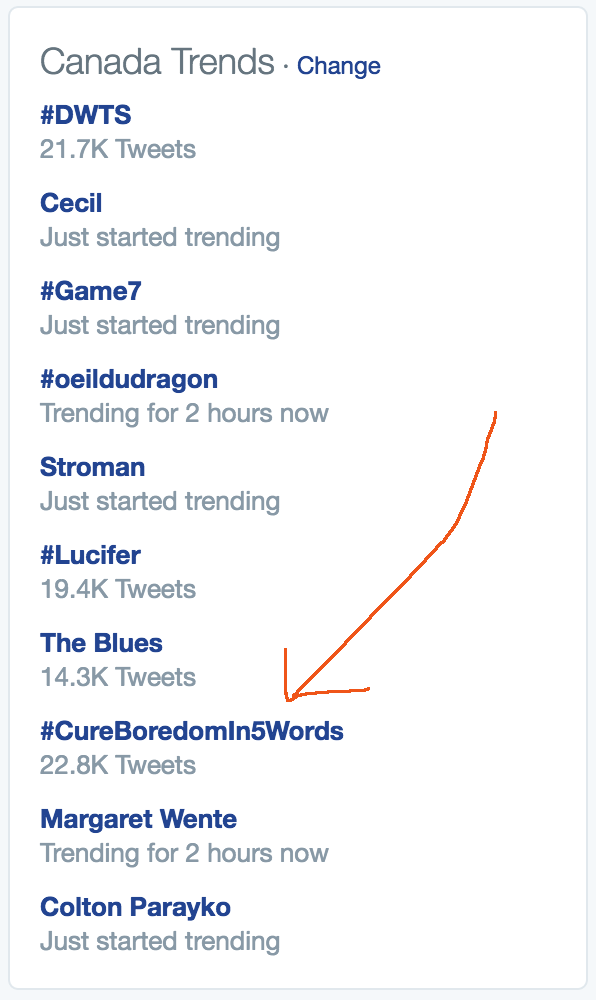 I’m sure there are many other useful hashtag-inspired activities that we could come up with. It’s worth taking a look at what’s trending on Twitter for inspiration. There are often some interesting game-like tweets happening. This one’s trending for Canada as I type this.

This website uses cookies to improve your experience while you navigate through the website. Out of these, the cookies that are categorized as necessary are stored on your browser as they are essential for the working of basic functionalities of the website. We also use third-party cookies that help us analyze and understand how you use this website. These cookies will be stored in your browser only with your consent. You also have the option to opt-out of these cookies. But opting out of some of these cookies may affect your browsing experience.
Necessary Always Enabled
Necessary cookies are absolutely essential for the website to function properly. This category only includes cookies that ensures basic functionalities and security features of the website. These cookies do not store any personal information.
Non-necessary
Any cookies that may not be particularly necessary for the website to function and is used specifically to collect user personal data via analytics, ads, other embedded contents are termed as non-necessary cookies. It is mandatory to procure user consent prior to running these cookies on your website.
SAVE & ACCEPT
wpDiscuz
0
0
Would love your thoughts, please comment.x
()
x
| Reply
Loading Comments...
%d bloggers like this: